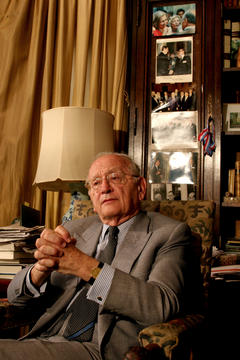 - Chief of Staff in the Administrative Inspectorate-General on Special Mission (IGAME) for the Alsace, Lorraine and Champagne regions (1950–1952)

- Head of the Private Office of Jean Monnet, President of the High Authority of the European Coal and Steel Community (ECSC) (1952–1955)