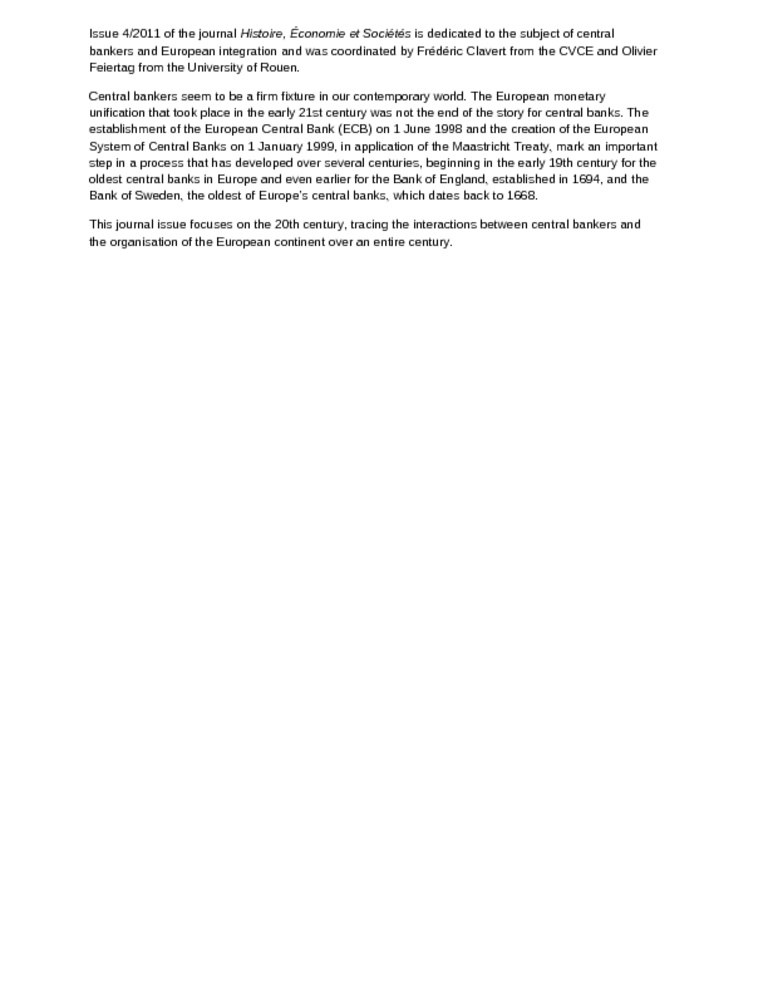 Issue 4/2011 of the journal Histoire, Économie et Sociétés is dedicated to the subject of central bankers and European integration and was coordinated by Frédéric Clavert from the CVCE and Olivier Feiertag from the University of Rouen.

Central bankers seem to be a firm fixture in our contemporary world. The European monetary unification that took place in the early 21st century was not the end of the story for central banks. The establishment of the European Central Bank (ECB) on 1 June 1998 and the creation of the European System of Central Banks on 1 January 1999, in application of the Maastricht Treaty, mark an important step in a process that has developed over several centuries, beginning in the early 19th century for the oldest central banks in Europe and even earlier for the Bank of England, established in 1694, and the Bank of Sweden, the oldest of Europe's central banks, which dates back to 1668.

This journal issue focuses on the 20th century, tracing the interactions between central bankers and the organisation of the European continent over an entire century.