Renowned experts and researchers and major players in economic and monetary affairs met at the Cultural Exchange Centre of the Abbaye de Neumünster to speak on the European achievements of Pierre Werner and their relevance in the 21st century. The CVCE is currently carrying out a large-scale project on the European achievements and approach of Pierre Werner, based primarily on the thorough exploitation of the Werner family archives, which have been opened for the first time for research purposes.

The contributions were divided into four themed sessions:

The conference was followed by a lunch debate chaired by Luc Frieden, Finance Minister (2009–2013), whose presentation focused on ‘Financial services in a changing world'.

The biographical documentary ‘Pierre Werner — a European vocation', produced in connection with the research project on the European achievements of Pierre Werner, is also available for consultation. 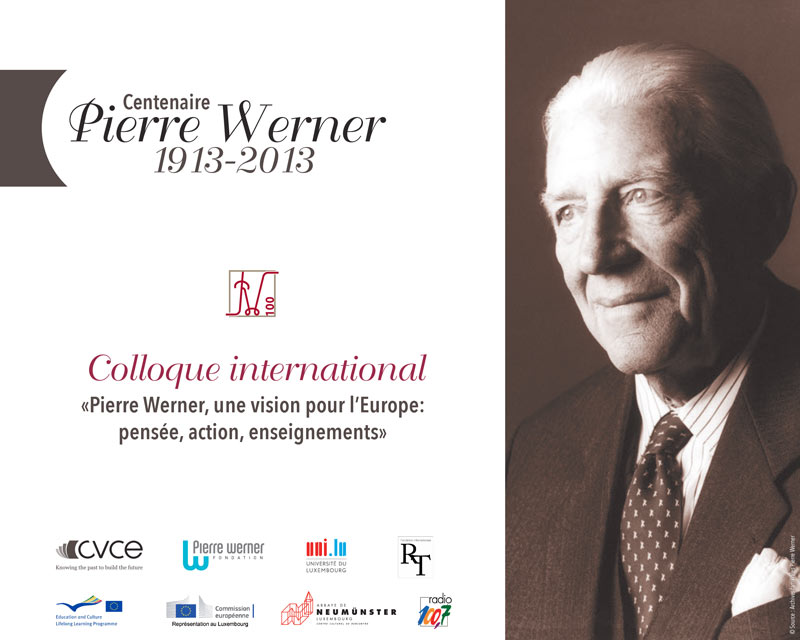