‘Pierre Werner, a vision for Europe : his approach, action and legacy'

On 29 December 2013, Pierre Werner would have celebrated his 100th birthday. To commemorate this occasion, a series of events will be held at the Abbaye de Neumünster to pay tribute to this eminent Luxembourg politician who left his mark on the country's future and on the European integration process. Werner worked tirelessly to bring his ideas to fruition — from the economic diversification of Luxembourg and its consolidation as an international financial centre to the development of a policy for satellite telecommunications and the introduction of Economic and Monetary Union in Europe — becoming a source of inspiration for future generations.

The CVCE will be analysing the work and European achievements of Pierre Werner through a round table, an international conference and a biographical documentary.

The full programme of all the events is available here 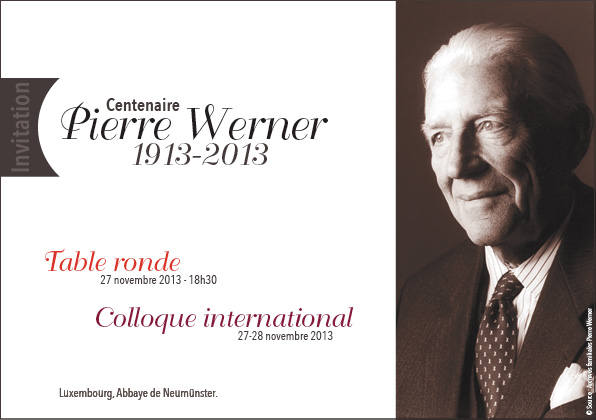