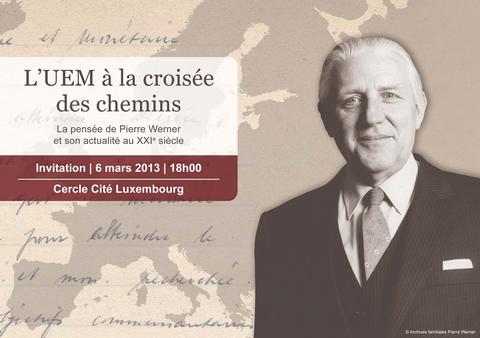 In connection with the ‘Pierre Werner and Europe' research project, the CVCE and the European Merit Foundation are organising a conference entitled ‘EMU at the crossroads', to be held on 6 March 2013 in Luxembourg City.

At this event, the CVCE will officially present its research corpus entitled ‘A rereading of the Werner Report of 8 October 1970 in the light of the Pierre Werner family archives'.

For reasons of security and limited space, participation at this event is by invitation only and pre-registration is required.