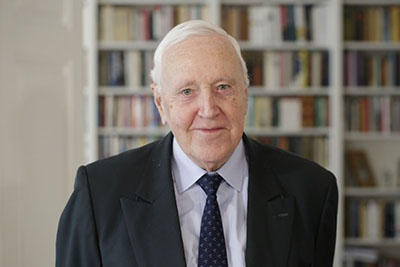 In connection with the ‘Pierre Werner and Europe’ research project and the ‘Oral history of European integration’ programme, the Professor Emeritus Niels Christoffer Thygesen granted an interview to the CVCE on 9 March 2016.

Niels Thygesen, Professor of Economics at the University of Copenhagen from 1964 to 2004 and Danske Bank Research Professor, Head of the Monetary Division of the OECD, Chairman of the Danish Economic Council and an economic adviser to several Scandinavian governments, is one of the leading experts on Economic and Monetary Union. Alongside Alexandre Lamfalussy (President of the Bank for International Settlements) and Miguel Boyer (Chairman of Banco Exterior de España), he was one of three independent experts invited by the European Council at the meeting in Hanover on 28 June 1988 to participate in the work of the Delors Committee. The committee’s reflections resulted in the Report on Economic and Monetary Union in the European Community (the Delors Report), which was published on 12 April 1989.

Professor Thygesen particularly spoke about the origins of his commitment to Europe, the work of the Delors Committee and the current challenges and prospects for Economic and Monetary Union.