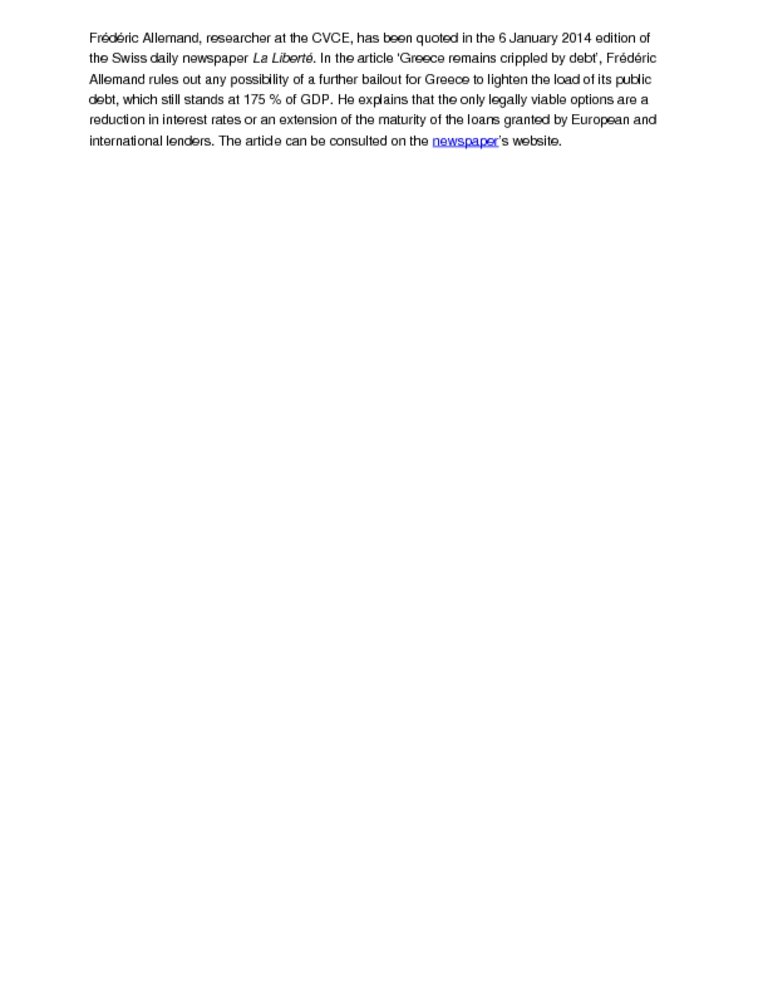 Frédéric Allemand, researcher at the CVCE, has been quoted in the 6 January 2014 edition of the Swiss daily newspaper La Liberté. In the article ‘Greece remains crippled by debt', Frédéric Allemand rules out any possibility of a further bailout for Greece to lighten the load of its public debt, which still stands at 175 % of GDP. He explains that the only legally viable options are a reduction in interest rates or an extension of the maturity of the loans granted by European and international lenders. The article can be consulted on the newspaper's website.