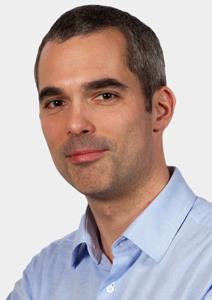 Frédéric Allemand is a graduate from Sciences Po, Paris, and holder of a DEA (postgraduate diploma) in Community Law. He is currently coordinator of the EIS department at the CVCE, where he specialises in Community institutional law and economic governance law. He is in charge of three research projects at the CVCE, the first on Economic and Monetary Union, the second on the institutional system of the European Union and the third on the reform of the European treaties from 1951 to 2013.

He is also an associate researcher at the Geostrategy Centre of the École Normale Supérieure (Ulm) and he lectures on European affairs for Master's programmes at Sciences Po, ENA and HEC. He has written several academic papers on Economic and Monetary Union.

He previously worked in the ECB's legal department, at the Secretariat-General for European Affairs (attached to the office of the French Prime Minister), at the French Senate and for several think tanks.