Quelle: GERMANY, Lieblos : American soldiers carry boxes with equipment in front of US tanks, which have been loaded on a train for transport at train station Lieblos in Hesse on the 5th of January in 1966. The soldiers and the tank are part of the German-American manoeuvre "Silberkralle", in which 22,000 soldiers of the 3rd US tank division and 3,000 German soldiers of the 15th tank brigade Koblenz were involved. Rehm, Manfred. DPA. Black and White.
Document reference dpa_25866791
Available at: http://www.imageforum-diffusion.afp.com. 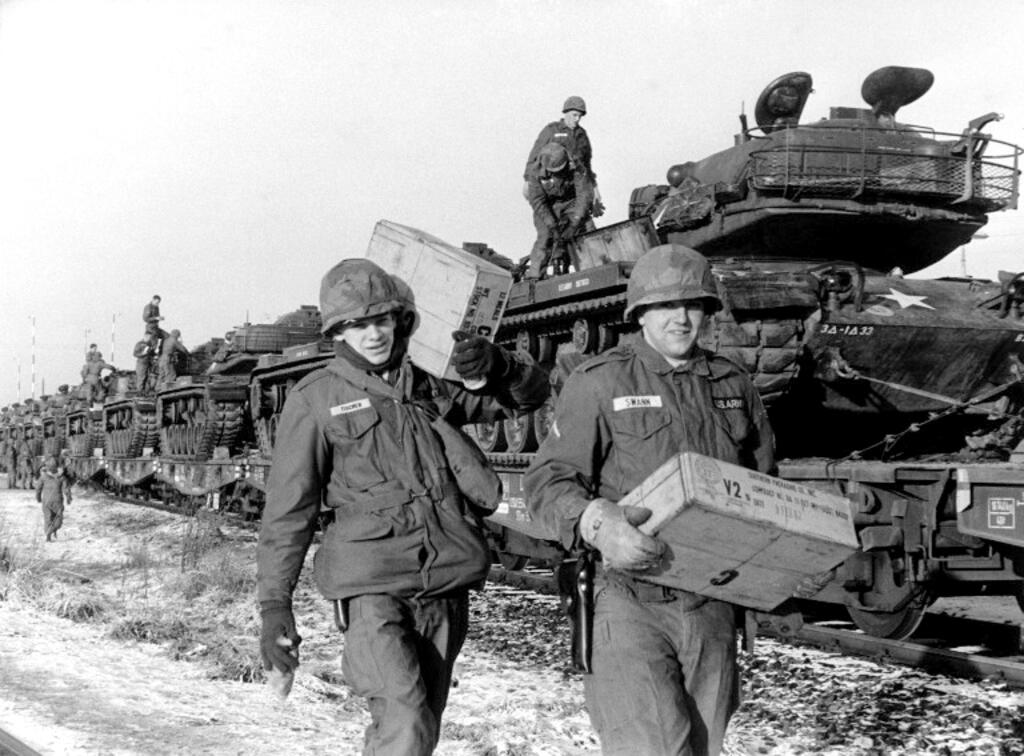