Source: Leaders of the three most powerful ex-Soviet republics sign 08 December 1991 a communique agreeing that "the Soviet Union as a geopolitical reality [and] a subject of international law has ceased to exist" and announcing the creation of a new entity in the post-USSR territory - the Commonwealth of Independent States. Novosti. Brest (Belarus): Agence France Presse, 08/12/1991. Couleur. 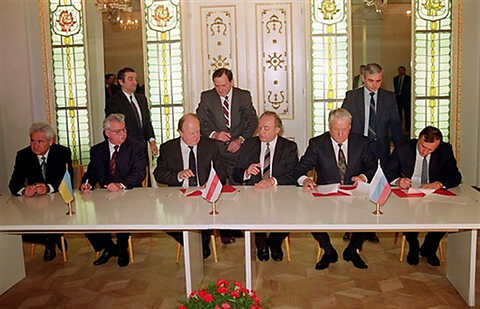