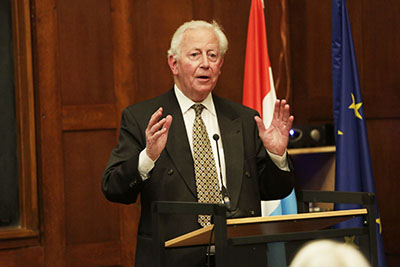 The recording of this event has recently been published at www.cvce.eu. It comprises:

- the video message by Jean-Claude Juncker, President of the European Commission and Chairman of the Patronage Committee for the ‘Pierre Werner and Europe’ research project

- the presentation of the book ‘Pierre Werner et l’Europe: pensée, action, enseignements/Pierre Werner and Europe: His Approach, Action and Legacy’ — proceedings of the academic conference held to mark the centenary of Pierre Werner’s birth
Feedback