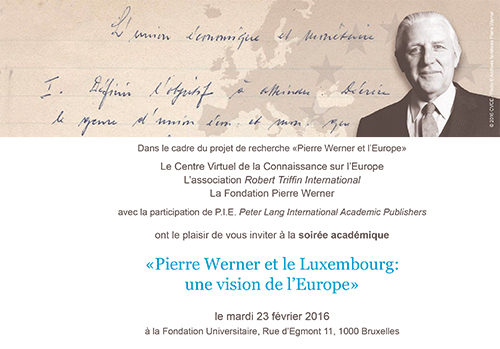 The evening will include a presentation of the book ‘Pierre Werner et l’Europe: pensée, action, enseignements / Pierre Werner and Europe: His Approach, Action and Legacy’, edited by Elena Danescu, Researcher at the CVCE, and Susana Muñoz, Head of European Integration Studies at the CVCE, and recently published by PIE Peter Lang.

The programme is available for consultation here.