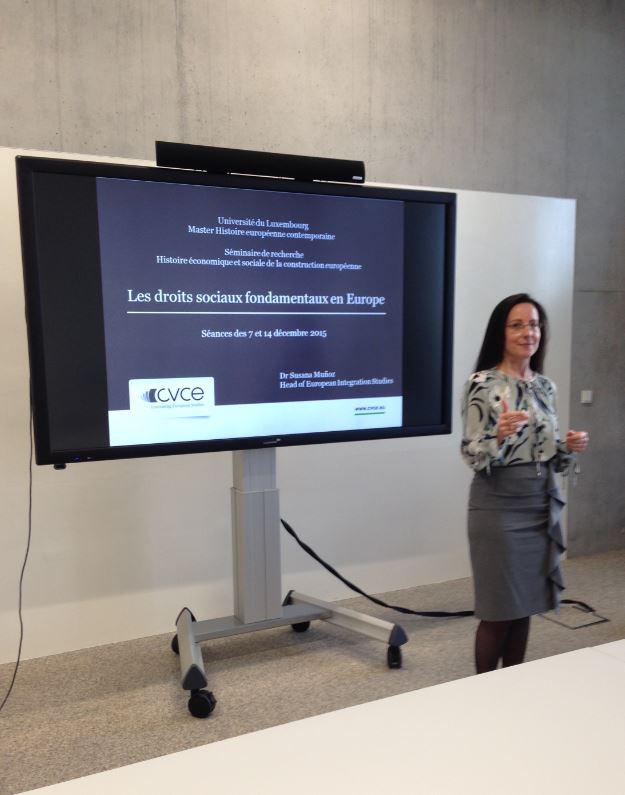 On 7 and 14 December 2015, Dr Susana Muñoz, Head of European Integration Studies at the CVCE, spoke at the ‘Economic and social history of European integration’ seminar cycle at the University of Luxembourg. These seminars, part of the Master’s in Contemporary European History, looked at the issue of fundamental social rights in Europe.

A debate was then held with the students on the issue of social rights in the European Union and the EU’s fundamental values, based on a selection of written sources, images and audiovisual material published in the CVCE.eu digital research infrastructure on European integration.